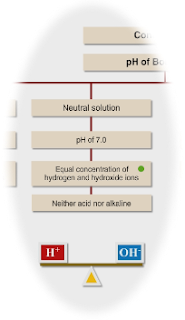 We all know that concept maps help students learn anatomy and physiology in at least two ways.

One way is when we use concept maps to teach principles in a visual manner that clearly shows relationships among several ideas. Students thus clearly see how to organize their thoughts about connected ideas as they construct their own conceptual frameworks as they learn.

Another way concept maps help students learn is when they build their own concept maps from what they already know about anatomy and physiology. Concept-map-making can thus be a powerful study tool. However, students without prior experience with concept maps often have a difficult time getting started. A few good examples of concept maps that relate to the ideas they are learning in your course are all they need to get a good start in making their own.

Starting with this edition of Structure & Function of the Body we are providing Active Concept Maps in the Student Resources in Evolve.

Each Active Concept Map is an animated video of a concept map presented in a similar style to the concept maps used throughout the text of Structure & Function of the Body. However, these concept maps are "active" in the sense that they build from a single block as the narrator walks the viewer through each related concept that appears as the concept map branches and grows.

The block-by-block guided walk-through of a major concept will help students understand what they have read and heard in class more deeply. It will also model for students how they can build their own concept maps for other sets of related ideas that they encounter in your course.

Perhaps most importantly, the Active Concept Maps will provide a template for how to think in a "connected" way about the major concepts of the anatomy and physiology course. For challenged students, this is an especially important skill they must develop to succeed.


Here's a brief video walk-through that shows where to find Active Concept Maps in Evolve and how they work: 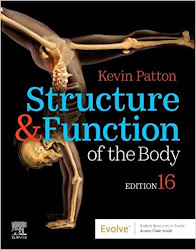